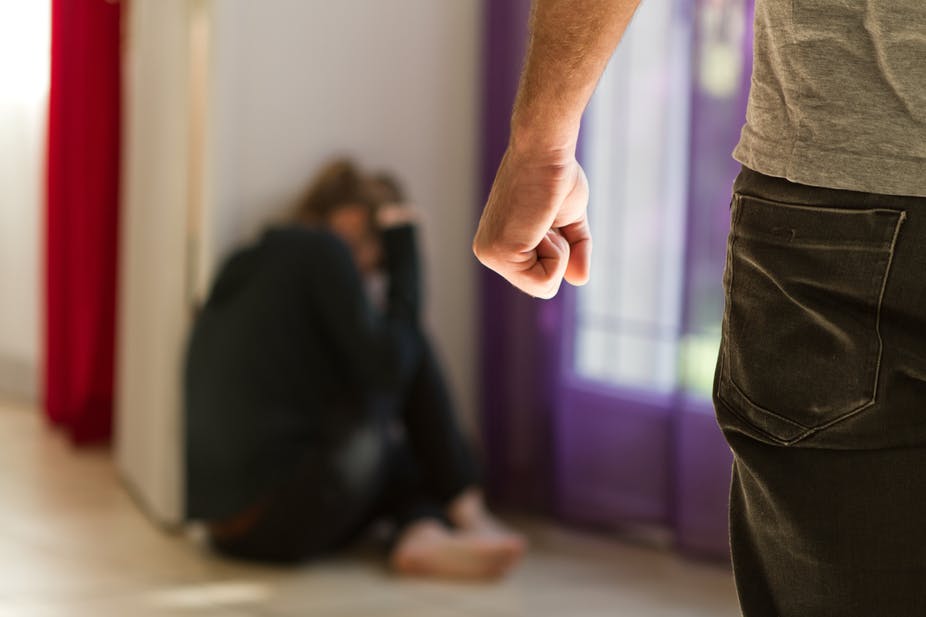 What do most mass killers have in common?

As a researcher who studies coercive control in intimate relationships, I can point out a few key characteristics. First, they are men. Additionally, they have a history of controlling and abusing their wives and girlfriends – and sometimes other family members – before “graduating” to mass killings.

Devin P. Kelley, 26, who shot to death 26 people and injured 20 more at a Texas church on Nov. 5, had kicked, beaten and choked his first wife and infant stepson, fracturing the baby’s skull. In the following years, he was investigated for other charges of violence against women including sexual assault and rape.

Since 1996, those convicted of domestic violence – even misdemeanor offenses – are supposed to be entered into the National Criminal Information Database and permanently barred from legally purchasing guns. However, Air Force officials neglected to register Kelley’s conviction, leaving him free to walk into a sporting goods store and purchase the rifle used to murder Texas churchgoers. A congressional report determined such registration failures happen at least 30 percent of the time.

Esteban Santiago, charged with killing five travelers in a public violence mass shooting at the Fort Lauderdale airport in January 2017, was previously accused of assaulting and strangling his girlfriend.

Spencer Hight shot and killed his estranged wife and seven of her friends who had gathered to watch football on TV in Plano, Texas. These family-based mass shootings rarely gain the same kind of publicity as those conducted in public, perhaps because the average person mistakenly thinks they can avoid being victimized if the shooting occurs “in the family.”

From Jan. 1 to Nov. 5, 2017, the U.S. experienced 307 mass shootings, which the government defines as a shooting that kills or injures four or more people.

However, not all domestic violence perpetrators who become mass killers use guns.

Tamerlan Tsarnaev, who planned and executed the Boston Marathon bombing along with his younger brother, had been arrested for assaulting his girlfriend.

Mohamed Lahouaiej-Bouhlel, who plowed a truck through a crowd in Nice, France in 2016, killing 82, and Khalid Masood, who killed five and injured 50 driving through a crowd in Westminster, London, both controlled and abused the women in their lives.

An obvious question arises. If domestic violence laws were more effective, could perpetrators be caught earlier? Could they be deprived of their access to weapons, jailed when necessary and given the kinds of intensive intervention and supervision that would curb their behavior? In other words, could stronger domestic violence laws prevent some mass shootings?

The laws in the U.S. that are currently used to address domestic violence were developed for attacks by unrelated people. They don’t work so well for what happens in families.

A bar fight is over when the violence ends, but abusive violence in couples does not end. In as many as 40 percent of cases, the abuser assaults his partner several times a week and sometimes daily, often over many years. Most domestic violence incidents involve pushes, slaps, kicks, pulling hair and the like. If police wait for broken bones, they miss more than 95 percent of domestic violence incidents. As Evan Stark of Rutgers University points out, the seriousness of partner violence derives from the cumulative weight of all previous abuse, rather than the severity of a particular assault. U.S. law does not adequately address these “minor” violent incidents, nor the constant intimidation, harassment, monitoring and the limiting of a partner’s freedom that is so typical of violent control in couples.

In 2015, England and Wales made controlling a current or former partner a serious crime. This new offense recognizes the harm that can result from an ongoing pattern of controlling behavior. A relative of Westminster car attacker Masood’s ex-wife is quoted in The Guardian describing their relationship: “He was very violent towards her, controlling in every aspect of her life – what she wore, where she went, everything.”

Masood’s behavior is an example of coercive control. Coercive control combines tactics designed to instill fear, like violence and threats, with tactics that isolate a partner, degrade her and deprive her of basic rights. Eighty percent of abused women are being coercively controlled and not simply hit. In the U.K., police and prosecutors have undergone intensive training related to the criminalization of coercive control. Police have learned to use an incident of reported domestic violence as a window through which to examine the entire relationship.

One of the earliest convictions for coercive control concerns a 30-year-old named Nigel Wolitter, who was arrested for vandalizing machinery belonging to his partner’s family to punish her for refusing to give him money for marijuana. As a result of their new training, police traced Wolitter’s vandalism to a 13-year pattern of dominating his girlfriend. The prosecution linked photos of injuries from his partner’s cellphone with her compelling testimony that he had “controlled every aspect of my life from where I went to what I wore, to what possessions he allowed me to own.” Wolitter received a 4.5-year sentence.

It’s the pattern of enforced subordination that is the problem here, not one or two incidents. Changing the domestic violence laws to include coercive control will draw attention to serious cases of controlling behavior and obligate law enforcement to examine them more closely.

According to the American nonprofit organization Everytown for Gun Safety, an average of 50 women in the U.S. are shot to death each month by a current or former intimate partner. While most domestic abusers will not become mass murderers, early, consistent and effective domestic violence intervention might keep us all safer.

About the author: Lisa Aronson Fontes is a Senior Lecturer, at the University Without Walls, University of Massachusetts Amherst.